Most of the members of the European Parliament voted to waive immunity from prosecution for far-right French MEP Marine Le Pen, paving the way for a judicial prosecution under French law for “inciting racial hatred” for remarks she made in a 2010 speech, where she compared Islamic immigration in France to the Nazi occupation.  She will now have to defend her remarks in court and if found guilty of inciting racial hatred, Le Pen would face a maximum penalty of a year in prison and a €45,000 fine.

In October last year Marine Le Pen's lawyers invoked her parliamentary immunity as a reason for her not to appear before a judge.  The judge then requested her immunity be overturned.
The European Union rules offer EU lawmakers immunity when carrying out their duties, but this can be revoked at the request of a court when a member of parliament is considered to be acting at a purely national or regional event.

The potential charges against Marine Le Pen come as the National Front, which runs on an anti-immigration, anti-European Union, populist platform, polls closely with France's two leading parties and declining popularity for President François Hollande and his government.
Marine Le Pen took 17.9% of the vote in the first round of the French presidential election last year.

By some estimates as many as six million French people, or just under 10% of the population, are Muslims, most of them from France's former North African colonies.
The day before the vote, Le Pen told LCI TV that she had fully expected Tuesday’s result.
Le Pen’s father Jean-Marie, who founded and led the National Front Party in France, until succeeded by Marine Le Pen in 2010, was also stripped of his immunity as an MEP, and was subsequently prosecuted for commenting that the Holocaust was “a mere detail” of the Second World War.
Posted by Unknown at 03:37 No comments:

The London woman who may be on course to become the UK’s first black female Member of the European Parliament has said that in Britain, VE Day should be marked with as much ceremony as Remembrance Sunday. 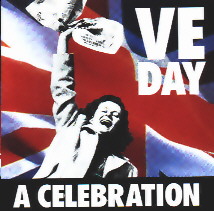 Sanchia Alasia, one of Labour’s London candidates in next year’s Euro elections, said: “Remembrance Sunday is properly and rightfully the day that we honour and remember the tremendous sacrifice made by our service-men and women and civilians in two world wars and other conflicts. It must retain the solemnity and reverence for those who made that sacrifice.

“VE Day on the other hand was, and is, a specific day of joy and celebration over the defeat of the far-right ideology that scarred Europe and the world in the Second World War. VE Day should both act as a national day of hope and a day of warning over where extreme racism leads to. Such evil is ever present and we need to be eternally vigilant to oppose it.

“Of course, there are events held around the country to mark VE Day and it will rightfully be a day of nostalgia for survivors of WW2 but in order to make it relevant to the current generation it needs to be put into a modern-day context and made more political.

“The atrocities and genocide in recent decades in former Yugoslavia are proof of this and the current ebb and flow of the electoral fortunes of the far right in the EU daily produce appalling violence to various communities in Europe. We must not forget that the Nazis first entered the German Parliament, the Reichstag, in democratic elections, but were pledged to destroy that democracy.

“It is so important to make that connection between then and now as there are still many of the older generation still alive in London who suffered in the Blitz or fought in the theatre of war that experienced the horrible consequences of such extreme racist ideology.”
Posted by Unknown at 01:33 No comments:

I reported in November that former French president Nicholas Sarkozy would be questioned by a judge in Bordeaux over bribery allegations. The charge is that Sarkozy - affectionately known as “Mr Bling” – accepted more than half a million pounds from Liliane Bettencourt to help fund his 2007 presidential campaign and promised Bettencourt tax breaks in return.

Sarkozy was placed under formal investigation by a judge on March 21 with preliminary charges of “abuse of frailty” but the case is yet to go to trial.  Sarkozy has vowed to clear his name and tweeted late last month that the charges were unfair and unfounded.  This investigation will no doubt put his political come back on hold.  He is widely expected to run again to become president in the 2017 presidential elections.  The UMP party is split in terms of leadership and Sarkozy is seen as someone who can unify the party again.

The investigation will try to determine whether Sarkozy made multiple visits to see Bettencourt during his 2007 campaign.  Sarkozy denies this however former members of Bettencourt’s staff say otherwise.

"I have to succeed because the country cannot wait. The crisis continues, my duty is to get France out of the crisis"

The polls show his popularity has declined and the Front National will use every opportunity to boost their ratings.  In a recent by-election in Oise, Paris the Socialist candidate lost in the first round and in the second round Front National gained 49% compared with UMP’s 51%.
Posted by Unknown at 06:36 No comments:


The French president Francois Hollande, last week snubbed British Prime Minister David Cameron at his drive to reduce the proposed EU budget, in which he eventually succeeded.  As Cameron walked into the meeting he said:

"The numbers are much too high. They need to come down – and if they don't come down there won't be a deal" 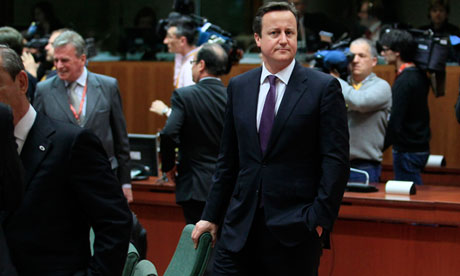 Cameron managed to convince German chancellor Angela Merkel and the two EU presidents, Jose Manuel Barroso and Herman Van Rompuy to agree to put forward a lower EU budget as individual EU countries were tightening their belts.  This is the first time the EU budget has been reduced.  Hollande was due to attend the meeting but did not show up.  Instead, he met the leaders of Spain, Italy and Poland – a rival group of southern and eastern European nations that all favour a bigger EU budget than Cameron.  Hollande was keen to preserve measures to boost economic growth and called for an EU budget that:

“Includes savings that do not weaken the economy, has sufficient money earmarked for agriculture and support for poorer regions, while still promoting innovation and protecting the most vulnerable”

The budget still has to be approved by the European Parliament.  There are fierce debates over whether the vote should be secret or open and transparent.  The UK Labour party supports an EU budget cut but Hannes Swoboda, President of the Socialists and Democrats Group in the European Parliament stated that the proposal circulated cuts priority policies that could foster growth and employment.  As the budget outlined is for seven years, there are calls for flexibility, so that adjustments can be made without it going back to the European parliament for approval.

France to roll out the red carpet for UK business


In June 2012 David Cameron said that Britain would roll out the red carpet for wealthy French nationals wanting to leave France due to François Holllande’s implementation of the 75% tax rate for those earning over one million euros per annum.  Fast forward to January 2013 and Laurent Fabius, the French Foreign Secretary is now offering to roll out the red carpet for UK businesses if the UK votes to leave the European Union.

Business’s in the UK have raised concerns about Cameron’s plans, which culminated over two weeks to a letter being published in the Financial Times from Virgin’s Richard Branson, London Stock Exchange head Chris Gibson-Smith and eight other business leaders that warned against Cameron’s plans to renegotiate Britain’s EU membership.

Responding to growing calls from backbench Tories as well as the general public to hold a referendum Cameron has finally said that this will take place in 2017, if a Conservative government wins the next general election.  The British public will get an ‘in or out’ question after Cameron attempts to renegotiate some powers back from Brussels to seemingly gain more sovereignty.  It is unclear whether Cameron would be able to pick and choose which aspects of the European Union he wanted to remain a part of and it would be difficult for him to get a majority of European leaders to agree to his demands.

Barack Obama’s administration has said that they are concerned over Cameron’s plans to renegotiate the UK’s position within the European Union, with a senior official saying the US valued a “strong British voice” in Europe.

Cameron’s announcement last week could put business in jeopardy, as investors uncertain of the UK’s future in Europe may choose not to invest precious resources in the UK.  It could leave the UK vulnerable and isolated, without gaining the UKIP votes expected or satisfying the Eurosceptics within the Conservative party.  It would also leave us without representation in the European Parliament and little say in future legislation behind developed.

In September 2012 I reported why nationalist political parties like the UK’s BNP and France’s Front National party would be rubbing their hands in glee. Their positions are set to be potentially strengthened by gaining monies of €400,000 for 2012, funded by the European Parliament. Monies are set to be allocated over the next two weeks.

Read the full article here.
Posted by Unknown at 13:49 No comments:

The role of trade unions in Europe

I wrote a guest blog this week for John Gray who is a Labour party councillor in the East London Borough of Newham, a trade union activist and Chair of the UNISON, regional London Labour link committee.  I wrote about the role of trade unions in Europe and the article can be read here.
Posted by Unknown at 07:01 No comments: